A History of Beach Volleyball

Anna Collier was a sophomore on the University of Southern California track team when she watched her first women’s beach volleyball tournament. It was 1975 and she and her roommate made their way to a beach just southwest of Los Angeles to see the event live. It was a day that altered the course of her life.

“I decided right there that I was going to do that the rest of my life -- I was hooked,” Collier said. “I packed my stuff up and drove down to Hermosa Beach that summer and played every day.”

Collier eventually connected with Dennis Hare, one of beach volleyball’s first patriarchs and a future California Beach Volleyball Association Hall of Famer who started teaching her the nuances of the game.

While continuing her track career at USC, she begged her way on to the Trojans varsity indoor volleyball team to hone her skills. Collier stayed in Hermosa Beach after graduating, joining the women’s professional beach volleyball circuit in 1978. By the time her pro career ended in 1989, she had 10 top-10 tournament finishes - including taking third at the 1979 San Clemente Open, but maybe more importantly, Collier helped usher in a new era for beach volleyball as the sport gained a national and international attention and adding another important chapter in its more than 100-year history. 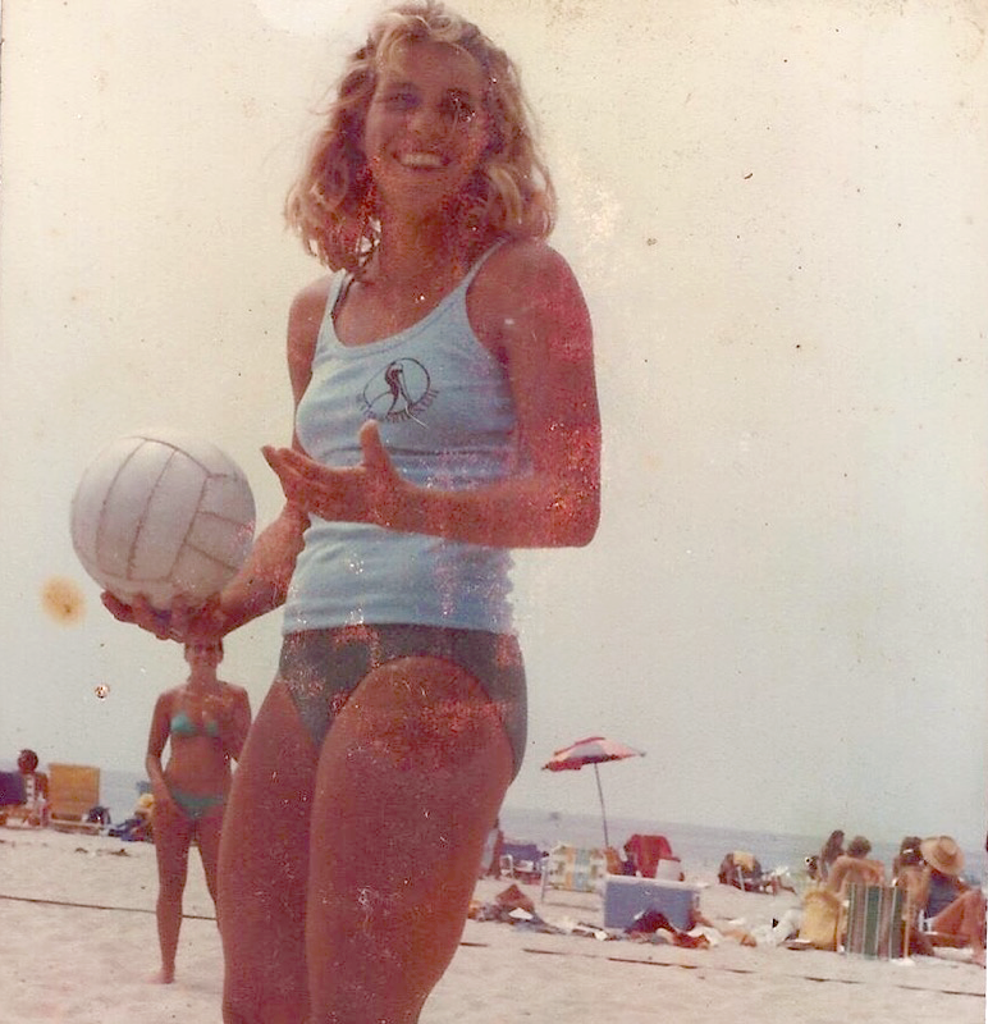 Indoor volleyball was invented in 1895 by William G. Morgan. It combined elements of basketball, baseball, tennis and handball to create a game he originally called mintonette. Modelled after its indoor sibling, beach volleyball is believed to been first played on Waikiki Beach in Hawaii in the 1910s.

And it didn’t take long for the sport’s popularity to grow.

Needing just three key elements to play – sand, a ball and a net – beach volleyball spread quickly along the coast of California and into the mainland.

During World War I, United States soldiers took the game across the Atlantic Ocean to the beaches of Europe, and by 1918, beach volleyball had reached China and Japan. It also spread into South America and the Caribbean as it gained worldwide appeal.

While it started in Hawaii, beach volleyball found its home in Santa Monica, California, where courts were constructed on the beach as early as 1920. The coastal city minutes west of Los Angeles is where Paul “Pablo” Johnson created 2-on-2 beach volleyball, a result of his impatience after waiting for people to show up for a 6-on-6 match and decided to play with four. The sport also saw other variations, including 4-on-4 and 3-on-3, emerge in the decade that followed as Americans used beach volleyball as an escape from the Great Depression. 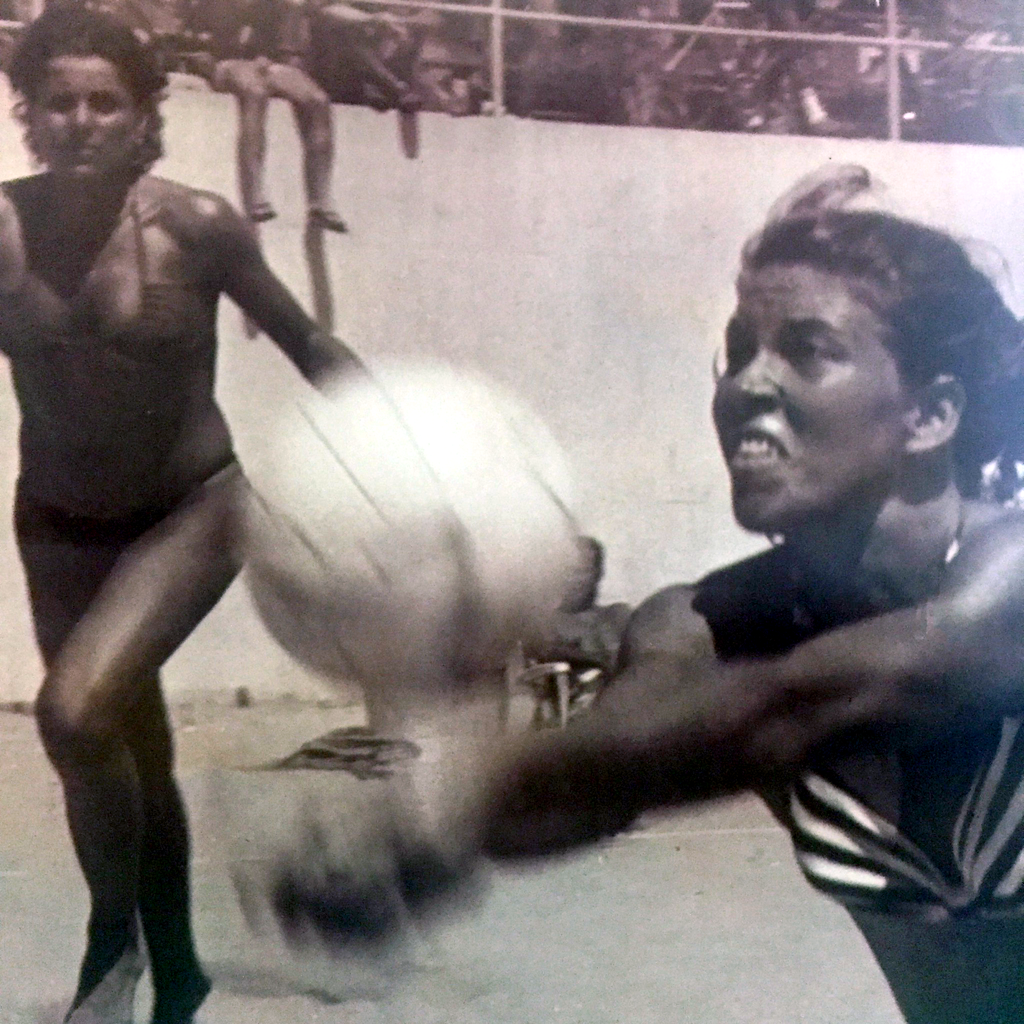 In 1948, the first beach volleyball tournament to offer a prize – a case of Pepsi – took place in Los Angeles. Shortly after, the California Parks and Recreation Department organized a five-beach tournament circuit and “Beachmania” – an era when the sport and the culture surrounding it exploded in popularity – officially began. The craze drew icons such as the Beatles, Marilyn Monroe and John F. Kennedy to Santa Monica’s Sorrento Beach for beach volleyball events.

The sport also gained traction overseas in the late 1960s, as sponsored tournaments were held in Brazil and France. Competitors in 3-on-3 tournaments in La Baule and les Sables d’Olonne, France, earned nearly 30,000 francs (equivalent to approximately $5,100 dollars today) by winning tournaments.

Beach volleyball gained the attention of commercial sponsors in the 1970s, and in 1975, Winston Cigarettes awarded $1,500 to Hare and his teammate Fred Zeulich after winning a tournament in front of 250 spectators.

A year later, Olympia Beer jumped on board as a sponsor and awarded $5,000 to Jim Menges and Greg Lee at the Inaugural Professional Championships of Beach Volleyball, which drew nearly 30,000 spectators to Will Rogers State Beach in Los Angeles.

By 1979, prize money for major beach volleyball events reached $10,000 as major sponsors Jose Cuervo and Miller Brewing Company backed the sport, and tournaments were held in Hawaii, Colorado and Nevada. In 1984, the Association of Volleyball Professionals (AVP) was formed and ran its own tour with $275,000 in prize money. Matches were broadcasted on ABC’s Wide World of Sports beginning in 1986.

Professional circuits also emerged in Brazil and Australia, and the first international match was held in 1987 at Ipanema Beach in Brazil. 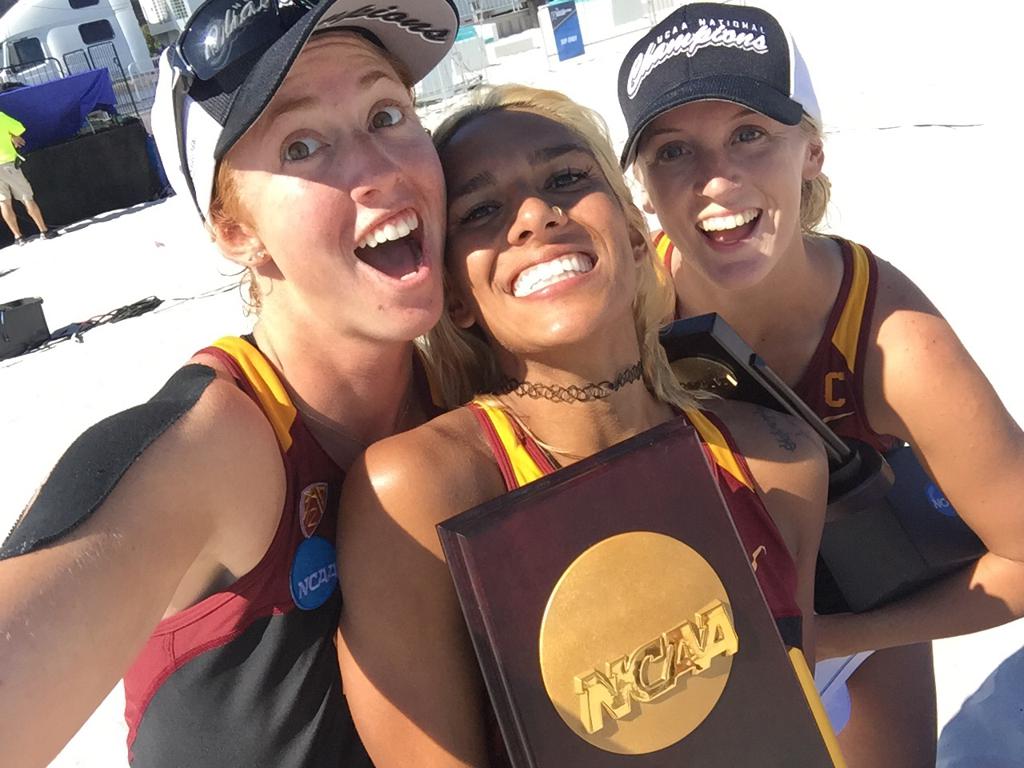 The sport became more popular in the 1990 thanks to television and the Olympics, and in 1994, the 27-event AVP circuit was televised by NBC and offered more than $4 million in total prize money. A beach volleyball demonstration in Almeria, Spain, that coincided with the 1992 Olympic games in Barcelona hosted more than 100 players from five continents, proving the sport had major international appeal. A year later, beach volleyball became an Olympic sport.

For Collier, 1990 marked the beginning of a decorated coaching career. She spent a year working with Misty May-Treanor and Kerri Walsh, who would become beach volleyball’s two most notable figures. In 1996, Collier brought the U.S. team of Holly McPeak and Nancy Reno to a fifth-place finish in the Atlanta Olympic games and led Americans Annett Davis and Jenny Johnson to the same result in Sydney in 2000.

The 1990s and 2000s are considered the golden era of beach volleyball – in terms of popularity and money -- due to the emergence of the AVP and the sport’s inclusion in the Olympics. In 2002, McPeak became the first woman to earn more than $1 million dollars in career prize money after winning her 62nd beach volleyball tournament title. In 2014, Walsh and May-Treanor each earned more than $2 million dollars.

While professional and Olympic play propelled beach volleyball to new heights in its existence, its most recent achievement - becoming an NCAA Division I sport - is the most significant chapter in its history, Collier said.

“I believe becoming a Division I NCAA sport is a bigger milestone (than the Olympics),” Collier said. “Olympics is somewhat elitist – simply because only four people get to play. In the next four years, there will be around 60 schools competing with several athletes (in the NCAA).”

In May, Collier coached top-ranked USC to the first NCAA Division I Beach Volleyball Championship in Gulf Shores, Alabama. While she enjoys success as a college coach, Collier is elated with the effect being in the NCAA is having on youth volleyball.

“There is definitely a lot of interest, especially on the club level,” she said. “People are creating tournaments on their own. You’ll see places with 15 courts that are full all the time – and (the players are) good. You have to see it to believe it.”

And Collier should know, since all it took was one look for her to be hooked on beach volleyball.